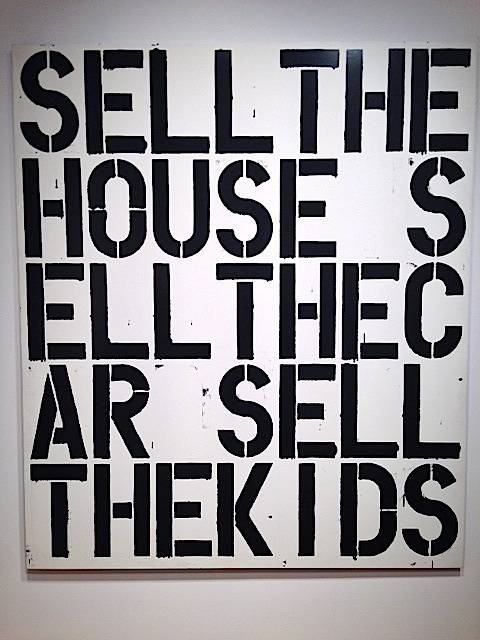 With gratefulness in mind to all the Veterans out there this pic of the day is of a painting by Christopher Wool titled "Apocalypse Now". It is in the Christie's Post-war & Contemporary evening sale auction tomorrow night and is estimated to sell at $15-20 million. It is referencing a line from a letter in the movie that Colonel Kurtz sends home to his wife from Vietnam/Cambodia, which reads "Sell the house, sell the car, sell the kids". Just another example of what war does to people.