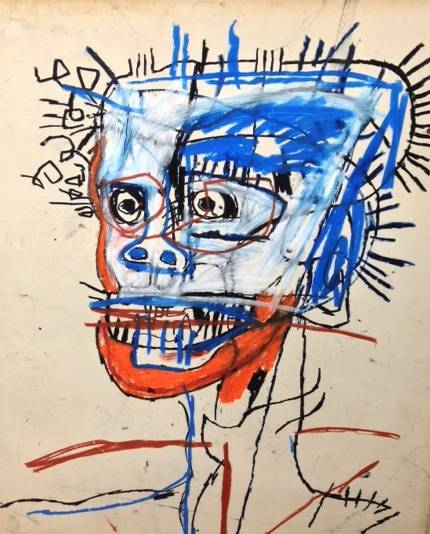 Discussing these crazy prices for art I know can be quite frustrating for a lot of people. It is quite mind boggling to me also. That being said the Christie's Post-war and Contemporary evening sale reached a total of $691 million, which is a record for an auction total, and the Francis Bacon "Lucian Freud triptych" sold for $142 million, which is a record for highest price paid for a piece of artwork at auction. One piece from the sale that is another favorite of mine is by Jean-Michel Basquiat "Mad Man" as I often like seeing former graffiti artists, and graffiti/street artists for the most part do well at auction, and as contradictory as it may seem this painting on paper laid down on canvas sold for 10 million tonight.