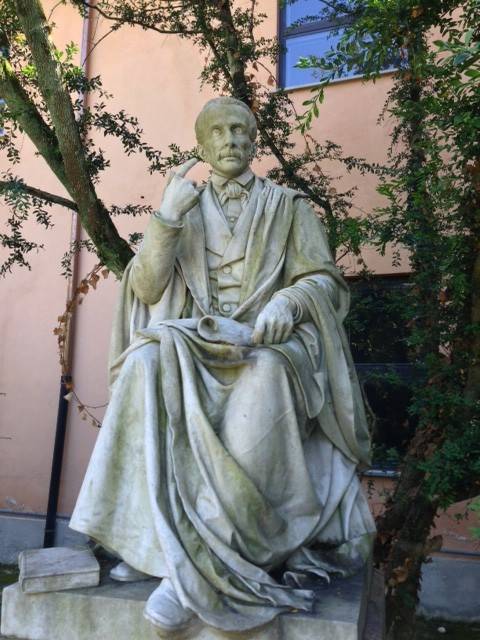 So this statue is also in the Pisa botanical garden. It is nestled into one of the corners on the grounds. I initially thought wow Edgar Allen Poe visited Pisa! No matter who I asked I could not find out who the statue was sculpted to represent, even doing the same hand gesture which people kept laughing at when I did so while asking them who the statue was. Maybe it is some type of provincial gesture. Anyway I am sticking with it being Edgar Allen Poe gesturing for people to look at his creepy eyes as there also wasn't any text inscription on the piece.