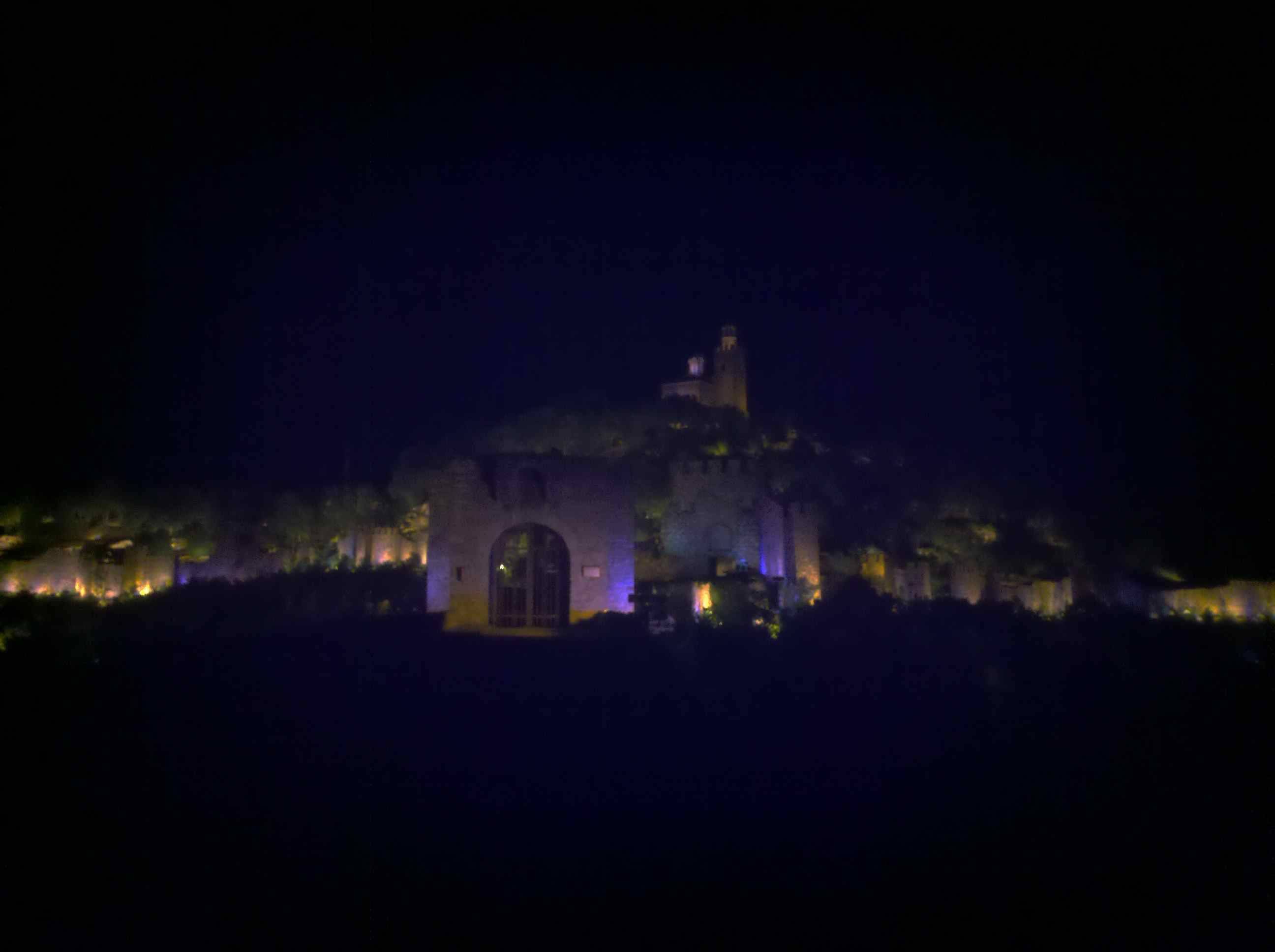 This is an old fortress called Tzarevetz in the city of Turnovo, Bulgaria, which is the old capital of Bulgaria. The fortress was destroyed by the Turks in mid 14th century all except for the church with the tower in the back of the structure at the peak of the large hill it sits atop. It is in the middle of a large valley surrounded by ridges. They do a light show each night with changing colors that illuminate the ruins of the fortress. There are lookout points on the ridges to the East and the West and the high points after those initial ones. Each of the lookouts have bells and when the light show is going on there is a laser that points to each lookout and then the lookout sounds its bell. It reminded me of Lord of the Rings when the set the signal fires in "Return of the King". For the finale all the lookouts sound their bells and the colored lights on the fortress change rapidly. It is a pretty amazing show. I have a painting that this show inspired titled "Tzarevetz" from my destination series. There is an image of it on my website in the "paintings" section.