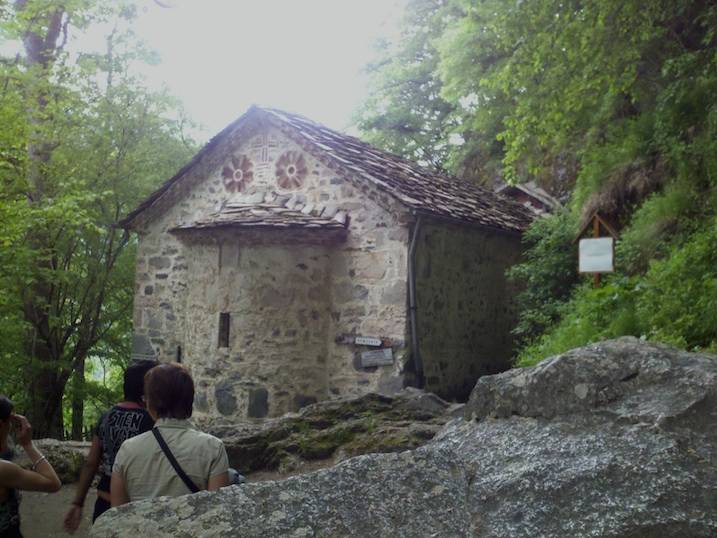 In the spirit of Winter this is the hut of the hermit St. Ivan in the Rila mountains of Bulgaria. It is in the Southwest area of Bulgaria. He lived in this hut which was built into a cave for 50+ years in the tenth century. He gathered such a following that they built a huge monastery at the base of the mountain in the tenth century. The monastery has been destroyed and rebuilt many times over the centuries due to the Ottoman empire and the long history of war in Bulgaria as the country is the crossroads between Europe and Asia, and close to Russia amidst the Balkans. The Rila monastery and the St. Ivan hut will make up the images of the next couple days.