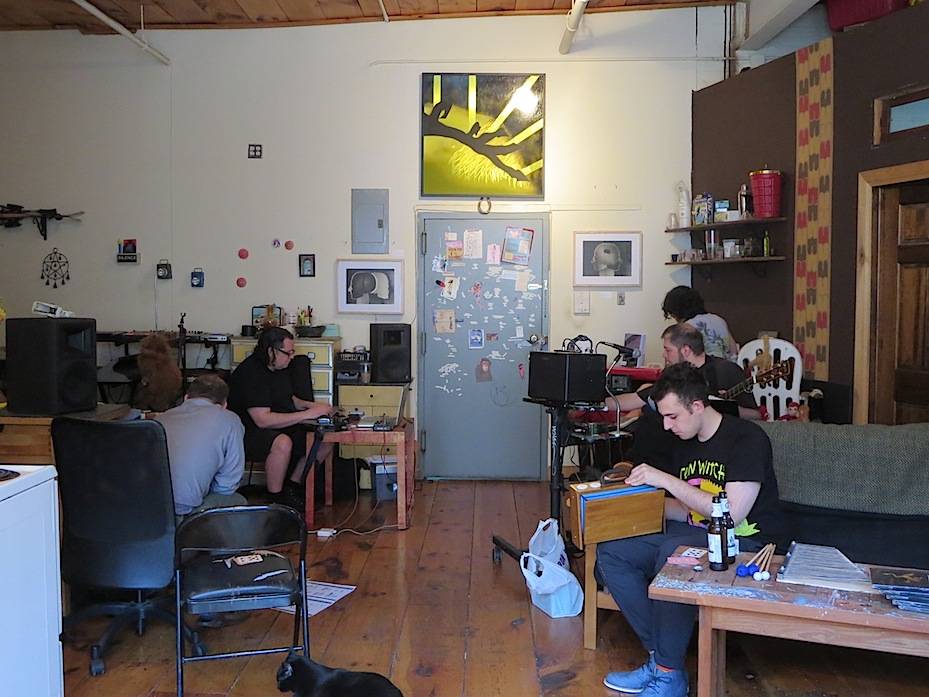 So this is an image of the band Frogwell that performed at the BUNKER show this weekend. They did a conceptually oriented set of experimental, electronic ambient music. I dug it. One of the concepts they used was each member would be dealt a number of playing cards and the number on the card would determine how long they would play for. Each member of the band had a unique electronic gadget that they were playing. The member closest to the right has an instrument that looks like a book on his lap. It is an analog accordion type of device that he was using to play long sustained notes. The member to the left had an app on his iPhone that uses the camera to scan spectrographs he made and which then the app produced different types of sounds through the speaker the iPhone was hooked up to, very interesting stuff and good music.