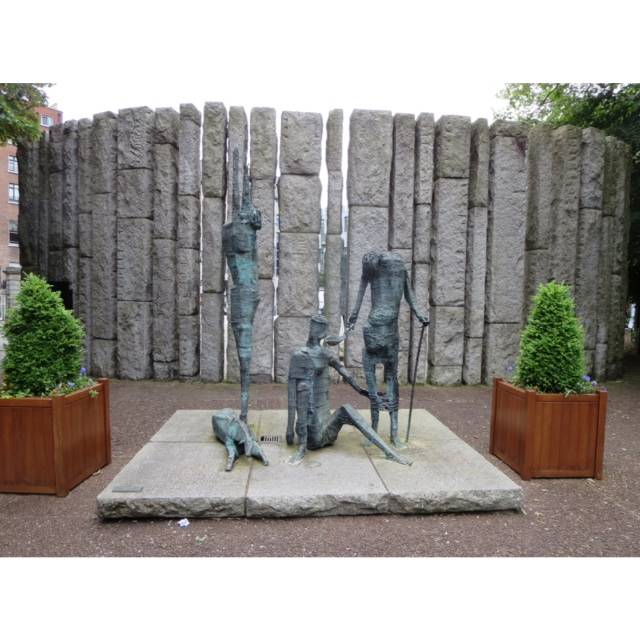 This is a monument to the Great Hunger, or Great Famine that occurred in Ireland in the mid 1800s. Over 1 million people died due starvation and genocide. There was an element of the potato blight, but many of the lives were lost due to genocidal food taxes that forced most of the people into starvation, and being burnt out of their homes, and off their land and being murdered and raped. These taxes were imposed by English royalty and the rich land owners they had appointed. If anything positive came out of this scourge on humanity it was that this was the impetus for the Republic of Ireland to gain their independence from England. The monument is located in the St. Stephen's Green park in Dublin. It was one of the first things I came upon when I arrived today.