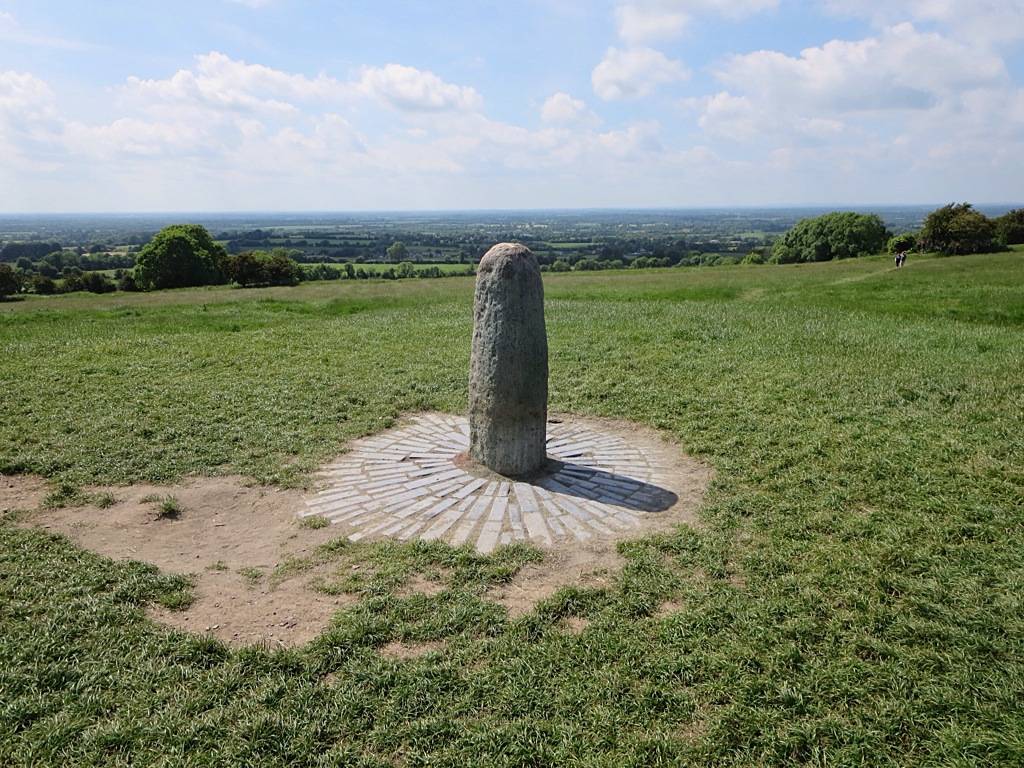 This is the Stone of Destiny or the Lia Fáil. It is located at the Hill of Tara in Ireland. According to legend when a possible new High King of Ireland had been chosen, and had successfully passed a number of tests he would place his hands on the Lia Fáil and if he was the new High King of Ireland the Lia Fáil would make a screeching sound that could be heard throughout Ireland. No sound could be heard when I put my hands on the stone. It is actually a pretty interesting stone. It has dark green and reddish/maroon hues, as well as quartz-like crystals. I never saw anything like it.