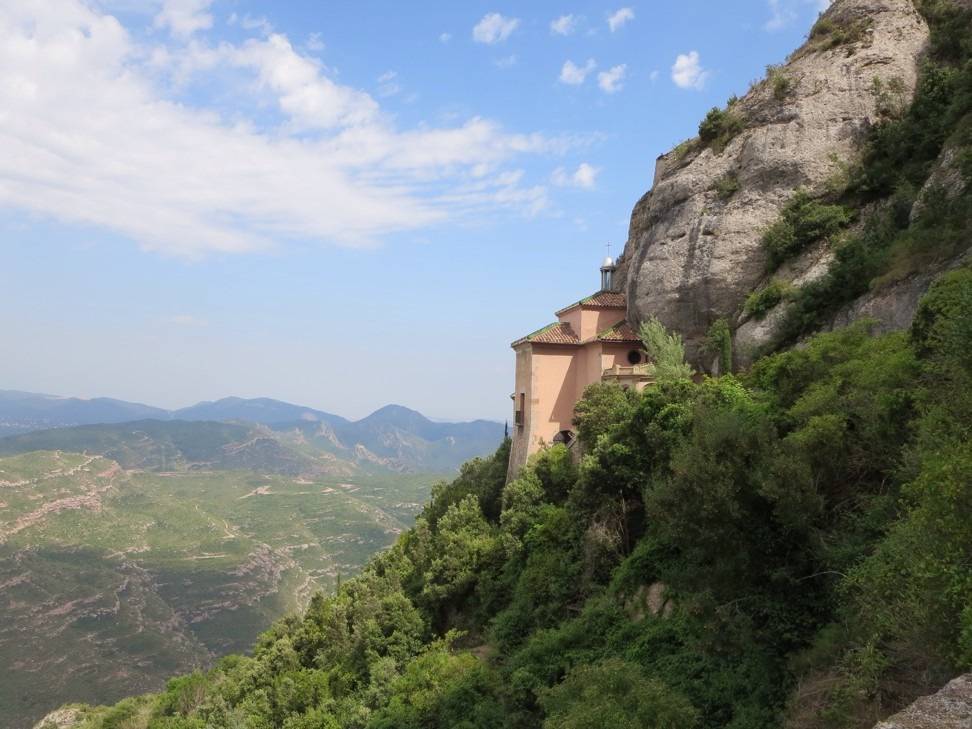 This structure on Montserrat in Spain is the Santa Cova which was built around a cave on the side of the mountain. The cave at one point housed the "black Madonna" statue, thought to be carved by St. Luke, which was hidden there from invaders and later re-discovered there centuries later. It is a pilgrimage site.